In a corner of the vast Iran, one of the world’s mysteries in the form of a turquoise lake and silent ancient remnants called Takht-e Soleyman (Throne of Solomon) is located in Takab, West Azarbaijan province.

The 12-hectare site is one of the most important archaeological sites in Iran. The area includes an artesian lake, a Zoroastrian fire temple (partly built in the 13th century, the Ilkhanid (Mongol) period), a Sasanian temple dedicated to Anahita (6th and 7th centuries), and a Sasanian royal sanctuary. Since Takht-e Soleyman registered as a UNESCO World Heritage Site, continuous efforts have been made to uncover its mysteries. Visit Takht-e Soleyman in UNESCO World Heritage Tour. 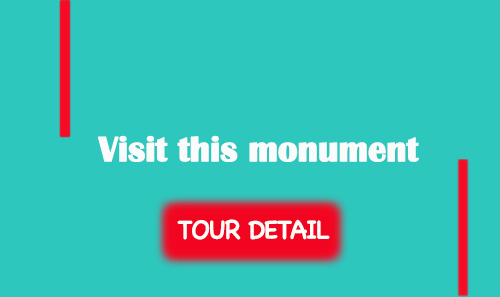 Based on the ancient scripts, Takht-e Soleyman was believed to be the birthplace of Zoroaster. It ends up as a large educational and social center and a place of worship in the pre-Islamic era for Iranians. The peak of its glory and development goes back to the Sassanid era when the Azgargoshasb fire temple was built there.

This most respected fire temple played a very crucial role in the socio-political life of the government. The immortal fire burnt there for seven centuries as a symbol of Zoroastrian authority.

The Prison Of Salomon

Three kilometers to the west of the site, there is a conical, hollow mountain which was shaped thousands of years ago as a result of volcanic activities. Locals call it Prison of Solomon and believe that King Solomon put the monsters which had disobeyed him inside the deep crater. At its summit are the remains of shrines and temples dating back to the first millennium BC.

The formation of Takht-e Soleyman lake over years is interesting. Takht-e Soleyman spring started to be active thousands of years ago and the lime sedimentation gradually created the outer edge of the lake. This process continued for thousands of years so that the height of the hill resulting from the above process against the depth of the lake is about 62 meters. The lake has buried the mysteries in its heart that they simply do not show themselves. These mysteries have been there for a long time, but not until now anybody was able to break the boundaries and unravel those. Visit Takht-e Soleyman in UNESCO World Heritage Tour.

There are a number of stories about the lake. The most famous legend is the existence of countless treasures in the depths of the lake. Endless treasures that have been gathered there throughout the history.

Takht-e Soleyman was finally ruined in an attack by Heraclius, a Byzantine Emperor, in 624 A.D.

Criterion (i): Takht-e Soleyman is an outstanding ensemble of royal architecture, joining the principal architectural elements created by the Sasanians in a harmonious composition inspired by their natural context.

Criterion (ii): The composition and the architectural elements created by the Sasanians at Takht-e Soleyman have had strong influence not only in the development of religious architecture in the Islamic period, but also in other cultures.

Criterion (iii): The ensemble of Takht-e Soleyman is an exceptional testimony of the continuation of cult related to fire and water over a period of some two and half millennia. The archaeological heritage of the site is further enriched by the Sasanian town, which is still to be excavated.

Criterion (iv): Takht-e Soleyman represents an outstanding example of Zoroastrian sanctuary, integrated with Sasanian palatial architecture within a composition, which can be seen as a prototype.

Criterion (vi): As the principal Zoroastrian sanctuary, Takht-e Soleyman is the foremost site associated with one of the early monotheistic religions of the world. The site has many important symbolic relationships, being also a testimony of the association of the ancient beliefs, much earlier than the Zoroastrianism, as well as in its association with significant biblical figures and legends.